Description of the Various insects found in the Stream

Crayfish are extremely hardy animals that can tolerate wide ranges of water temperatures. They can even survive the drying up and loss of their streams and ponds. Crayfish are very intolerant of pollution and other human-generated fouling of their environment. Crayfish are more abundant in streams that have acidic water. This abundance may be due more to the acid-generated absence of fish which prey on crayfish than to a direct, positive influence of the acid on the crayfish itself.

Aquatic sow bugs are secretive omnivores that feed primarily on fine detritus, dead animal matter, and decaying plants. They prefer complex, shallow habitats with lots of dark hiding places amongst cobbles, sediment, and vegetation. Aquatic sow bugs are found in a wide variety of habitats, but they are most common in seeps, springs, and small streams. They can also be found in the shallow parts of ponds and lakes.

Scuds are omnivores that most commonly eat detritus, although they may also graze on live algae, fungi, and bacteria. They will occasionally attack small living animals, and will eat any recently dead plants and animals they come upon. Scuds live in many habitats of all different sizes, but are most common in the shallows of cool streams, springs, seeps, lakes, and ponds, as well as the backwaters of large rivers. As a group scuds can be found in a wide range of pollution levels. Because scuds breathe by absorbing dissolved oxygen through their gills, they can't live in severely polluted or stagnant waters that contain no oxygen close to the sediment. Some species are also highly sensitive to heavy metal and pesticide pollution.

Aquatic earthworms are mostly collector/gatherers that burrow through the upper layer of soft, fine sediment grazing on bacteria, protozoa, algae, and dead organic matter. Aquatic earthworms can absorb oxygen over their entire surface area. Many can enhance their oxygen consumption by absorbing oxygen through the digestive tract. Some worms have even more specialized adaptations to cope with low oxygen, such as gills or hemoglobin in their blood that helps transport oxygen and turns them bright red. Because aquatic earthworms can breathe in low oxygen conditions and eat detritus, they can be found in virtually all aquatic habitats.

Leeches consume the body fluids of their small prey by either consuming it whole or piercing and killing it with specialized mouthparts. Predatory leeches may feed on other invertebrates such as insect larvae, earthworms, snails, and other leeches, while parasitic leeches feed on the blood of fishes, birds, amphibians, and mammals. Like other worms, leeches absorb dissolved oxygen through the surface area of their entire body. They are moderately tolerant of pollution and low oxygen conditions. Although they can naturally be found at high density in optimum habitats, if they make up a large proportion of invertebrates in a water body it may be an indicator of low dissolved oxygen due to organic pollution. 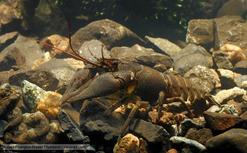 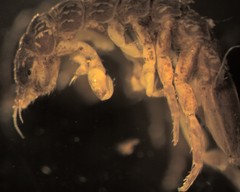 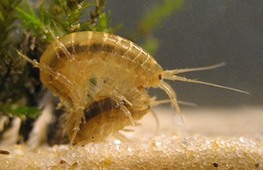 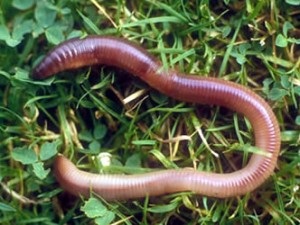 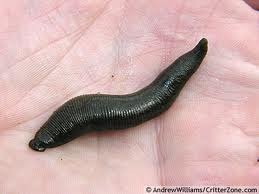 Create your own unique website with customizable templates.
Stream Analysis